I didn’t mean the first post of the new year to be so late, OR to start with another hedgehog (for it is a different one). But time flies, the winter light is terrible, and before you know it, February is here and everyone thinks you’ll never return.

But lo! I have come back. Armed with nothing but an iphone for now. So apologies for the terrible photos.

This hedgehog pattern is so cute. Its quick and takes up very little wool too, hence being exactly the same yarn as the last one! I’d like to make a much bigger one now. They really do have the best little faces: 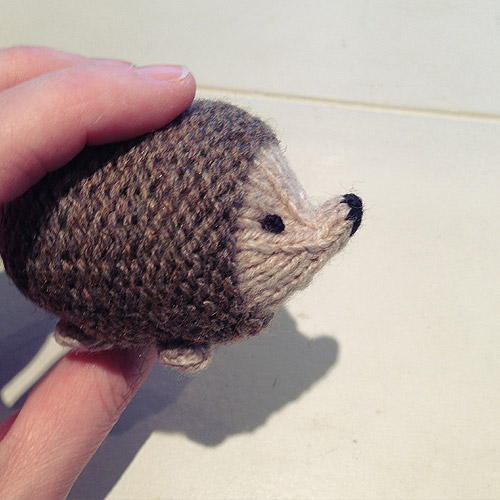 I’d also like to try out one of the bigger toy patterns from Little Cotton Rabbits. I’m not sure if I have the skills yet, but I am very tempted. (But which one?)

That aside, I’ve also been knitting other gifts. I made this baby hat: 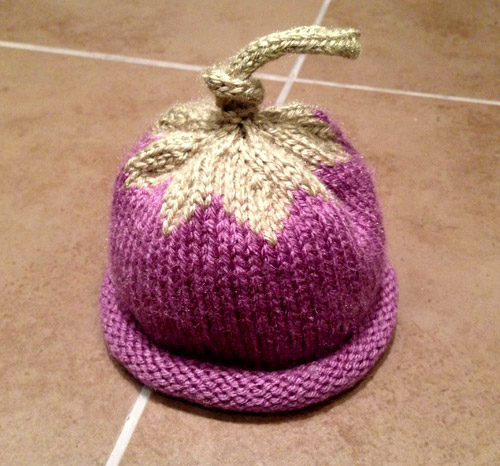 Which is also a nice (free) pattern, over on Ravelry. Try as I might, I cannot get the green sections to stand up in the same way as the main photo on Ravelry, but having looked at a lot of pictures of other people’s work I am not alone. I even tried a few of the suggested fixes, and none of those worked either. That said I was still very pleased with it. For once I think I made the stalk too long. You know when you get bored making things like that so you *force* yourself to carry on? I think after all that I could’ve let myself off.

I was a bit worried that it was too small, but I stretched it over this bowl and it proved to be bigger than it looks! Not being around babies that often I don’t have an inbuilt baby measurement monitor. I mean, it’s a pretty small hat, but… aren’t babies small? I handed it over before the birth so the baby (a little boy, but they didn’t know pre-birth) could wear it immediately! 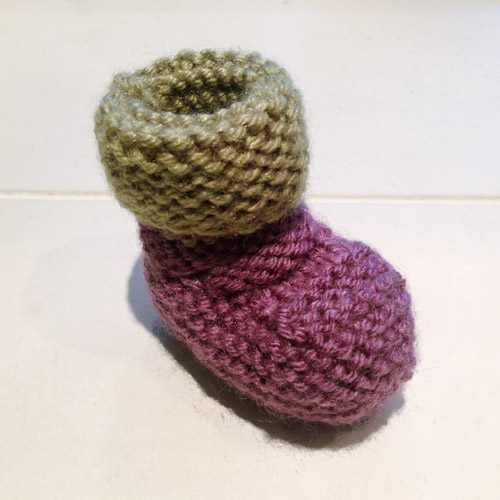 I also made this baby boot – from this free pattern. I chose it because I could use the same yarn as the hat, but in the end, I didn’t make the other one… Although it actually looks ok here, I didn’t like it, and I thought it made the hat look bad! (You can’t tell from my awful photos but the hat was surprisingly neat.)

To be honest I think i’m just not that keen on so much garter stitch. I’m just about ok with the hedgehog, but generally it never looks as neat and even for me as stockinette.

I did a stretchy bind off for the green cuff at the top, which was a first for me. If you’re thinking of making this, I would recommend it. The boots might be a little tight otherwise.

And I made this little chap. But more of him next time, because he has a scarf and a wooly jumper and I have yet to take photos of those!

So that’s me all caught up, I think?

Hope you all have brilliant weekends.