Hello! It’s been ages since I last posted, but not for the lack of activity, mostly for the lack of light to take photos with. I’m supposed to be working on a presentation right now, so of course seeing a little bit of sunshine pop out makes this an excellent procrastination moment.

Above is my first snowflake of the year, using up that slightly odd variegated thread. This is one of Jon’s patterns, from her snowflake book – apologies, I can’t seem to find a direct link to it on her site, but her patterns are all well written and beautifully put together. You’ll see that now I’ve got a bit more experience with beads they’re on everything! 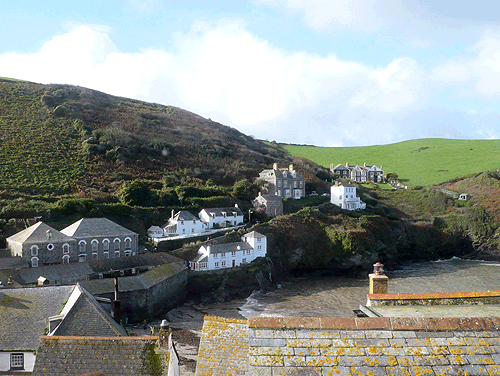 In the time since I last posted, I did manage to have a few days away. We went to Port Isaac in Cornall, which was lovely. Above was the view from our bedroom window. Fans of British TV might find it familiar; the building on the left is the school in Doc Martin, and loads of the show is filmed around here.  That said, we appreciated it more for its general loveliness as a village than a TV set, having never seen the show…

I’ve been working on a few different things – a quilt, which I’ll talk about in another post, a knitted baby blanket (beyond frustrating, and it’s not even a difficult pattern), and some more tatted motifs.

This is the correct version of the motif in the previous post. I stitched on the beads here, rather than add them to the tatting as I went along…

It’s amazing how different the same motif looks in different colours, I think. The dark outline isn’t ideal – I think it relies on very strict blocking to make it work (something I haven’t done!)

This version below is tatted with beads – can I get a good photo of it? Nope. But the red beads really glow in real life – you’ll have to trust me on that:

I wrote down the pattern as I made this, and then realised of course, I’d made two versions on the pattern. This one is not the same as the ones above. Not sure which I prefer really, and so I’m not really ready to share the pattern yet. Thank you for the offers of help with this though, very kind. 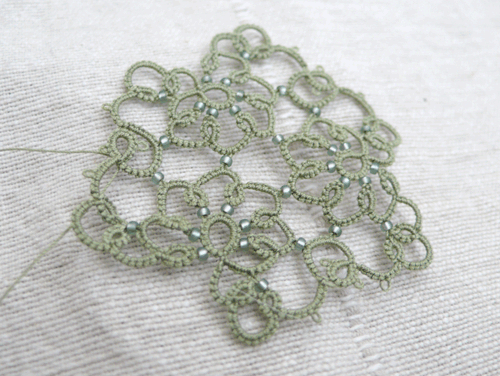 This version just has three repeats of the main motif. I’d like to say it was on purpose – it wasn’t, but it was an interesting exercise! I love these beads with this thread, incidentally. They were bought separately but go so well together. I bought them in a random craft shop, but they’re made by Mill Hill, and are ‘seed petite beads‘. They’re pretty small, but amazingly I can still get that tiny crochet hook through most of them.

This is the three motifs together. I love how ‘goth’ the black one is. 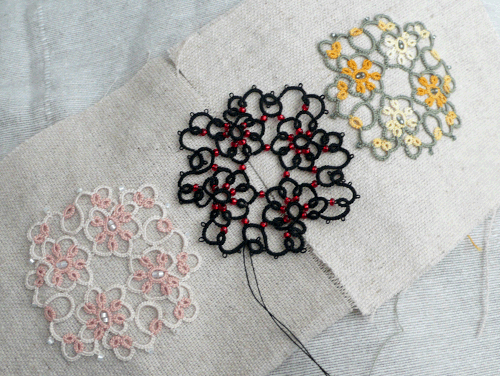 These are all tatted in size 80 thread. I tried holding the black one up as a pendent to see what it would look like – and it’s huge! Seeing as most tatted jewellery tends to be in much thicker thread, its made me wonder if all tatted jewellery is gigantic?

In other news, I also managed to shorten some curtains on my tiny sewing machine (it’s a bit like this). I’d been putting it off forever, but actually it was no where near as bad as I thought it would be. No major incidents, everyone still has their limbs and digits attached. 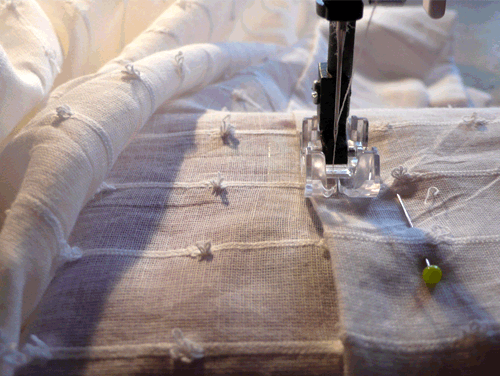 Hope everything’s good with you guys. Next time: the quilt. (I hope).

10 thoughts on “A quick tatting catch up”