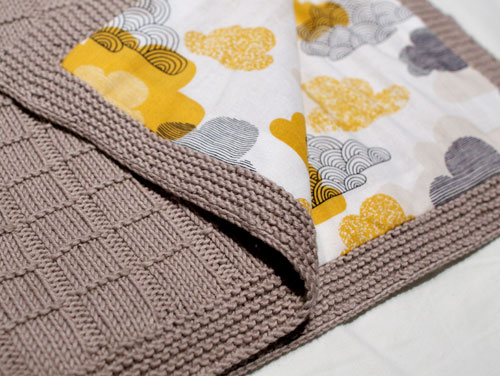 First finished project of the year… Although I did in fact start it last year. This is the Maxi Cosi baby blanket I started in November. It’s a simple pattern, but it really did take a while… 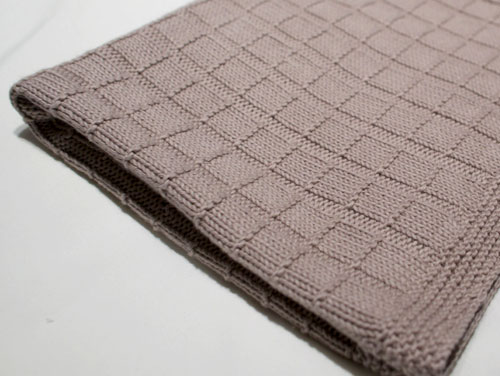 To begin, if you make it exactly as per the pattern, it’s tiny—dollsized, really. So I started several times to try and get it to an acceptable width (in the end I cast on 175 – the pattern suggests 96). Then I realised the needles I was using were just too short, so I had to order more. I also went up a size as I knit really tightly. Around this time I realised why crocheted baby blankets are so popular – doesn’t matter how long the hook is and boy, do they work up quicker! The pattern is nice, but I think I’m not in love with garter stitch borders. Maybe I’m just not a good enough knitter yet for them to look good. 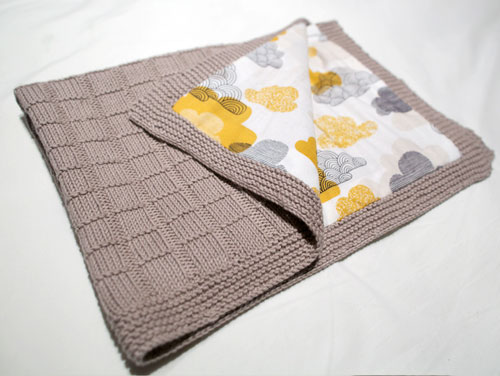 There are several versions on Ravelry with fabric backs. I’m not sure why but I really do like the mix of fabric with knitting, so I scoured various fabric shops online for something that would be nice for a baby. In the end I thought clouds would be nice – dreamy and peaceful, which is what you hope for a baby… even if it’s not what you actually *get*. I blocked the blanket with wires before I added the fabric to the back. 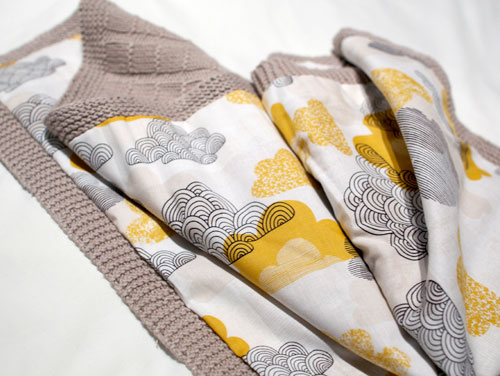 I must admit, I love this fabric. It’s from Cloud 9, by Eloise Renouf. I took a real chance on the colour working with the yarn, but in the end I think it was a successful gamble. It’s bright and cheery, but not too garish. We’re in the process of having our kitchen done at home, which means we have no flat surface in the house — even the floor is a little tricky. In the end I managed to cut the fabric on the floor and the ironing board and I stitched it on my knee yesterday. I was worried that the stitching would  be hard, but in the end I think it was one of the more enjoyable parts of the project, as it really made it come to life.

It has yet to be gifted… Hopefully that will come soon.

Its been a bit tough to make anything recently. The trains into work are so delayed and disorganised at moment when they do arrive they’re overcrowded, so I rarely get a seat, so no tatting. The house is so up in the air there’s no room or time for anything else. Hopefully at least one of these problems will be fixed soon.

19 thoughts on “Cloudy with a chance of knitting”