I can’t believe how long it’s been since my last post. I was so productive, and then suddenly it all went to pot! Not entirely sure what’s been going on. This is just a quick catch up, really.

I finished off this little fellow a couple of weeks ago. He’s sitting in an egg cup (a gift for ‘me’ from by boyfriend… While I like it a lot, I can’t help thinking this was’t entirely selfless giving).

When I finished this I wasn’t 100% impressed. I didn’t knit him that well, and to be honest, his body ends up a tiny bit pointy at the top, which gives him a weird neck. I tried to get around that when I stitched his head on, but it’s not great. Also, I made the scarf way to long. NO idea how that happened, because it was SO tedious to knit. 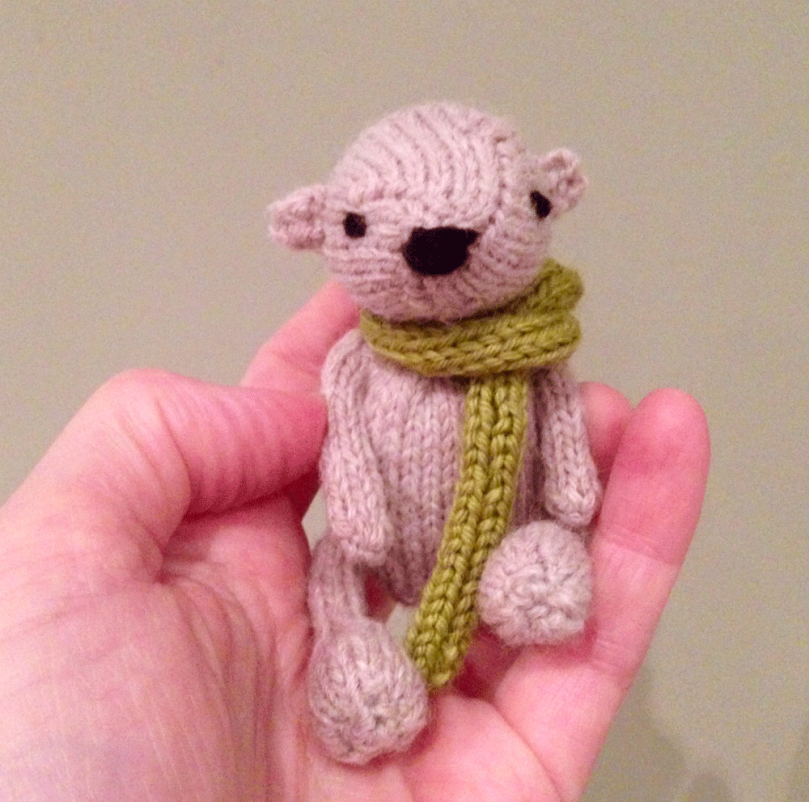 Despite all that, he’s actually *really* cute. Not neat enough to give away, but I really like him. I keep picking him up to have a little look. Might knit another one, but neater this time. Here’s the pattern on Ravelry. (Sorry about the quality of late night iPhone photos.)

These are some rating experiments I’ve also been doing. I treated myself to some new threads (always DMC size 80 – just different colours). The colours are lovely. I’m trying to work out using beads in different ways and also, folded rings. In the ecru example I managed rather excellently to put the beads on the bottom row of rings rather than the top! This means you can’t see them. At all. That’s what happens when you start something new on a train after a day’s work, while not quite thinking. I like the beads in the centre of the folded rings though, so will persevere…

Hope you’re having / have had a good weekend.

7 thoughts on “Bearly there”