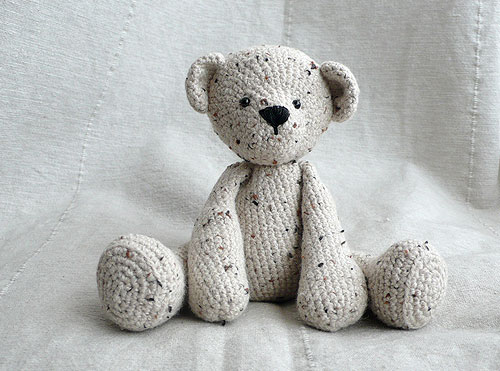 It’s been a funny month or so. My partner has been away for work for 3 weeks, and even more weekends, and so its been rather quiet. It’s given me some time to get on with a few things (and not get on with others – like the garden, ahem). I made this bear over two weekends, and I must admit, I’m in two minds about it. I like the fact that he’s shaped like a traditional bear, but I’m not at all keen on his arms. I’ll make it again at some point and see if I can make a better job of it. I like his feet, and his little tail though:

That aside, I’ve made a knitted dress for one of the monkeys. I can’t even remember what made me look up a pattern actually, but I found this one (Ravelry Link), which is perfect – knitted flat, and very basic:

Actually I’ve discovered I do my yarn-over-knit-one’s backwards, but at least I’ve worked that out now and can fix it for next time. I also finally found a use for one of the tiny crochet roses I made about a year ago: 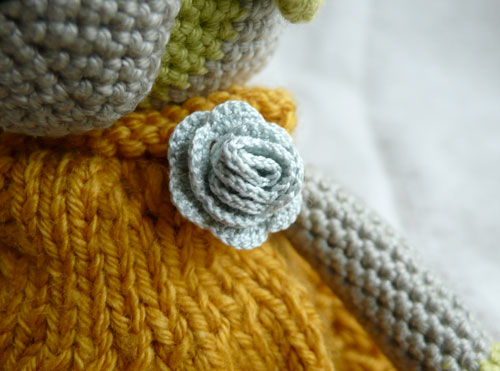 Oh, and I knitted this on these cheap blue knitting needles from Tiger. (Tiger is that store that you only buy things you didn’t know you needed from, because their stock changes often and is always *really* random.) I only mention it, as I love the colour of the needles with the yellow – the paint’s already flaking off! 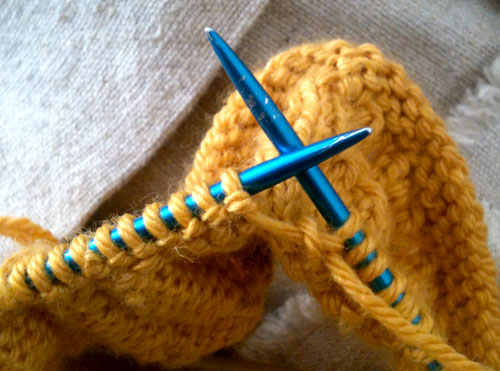 I like the idea of being able to take a toys clothes on and off – never seems entirely fair to trap them inside, so this one has little buttons at the back:

Not the neatest knitting in the world, but I don’t think she minds… I also made this little chap. I wasn’t concentrating properly when I made his head, and so he’s a row smaller than he should be – but for some reason i really like this one. He’s a really happy little chap.

He already has a home to go to, and he’s been waiting SO patiently. I hope he gets to go soon, or he’ll have to go by post, and no one likes travelling by post.

And finally, I’m itching to use this fabric, so I’ll wish you a pleasant rest-of-sunday, and see you all soon. 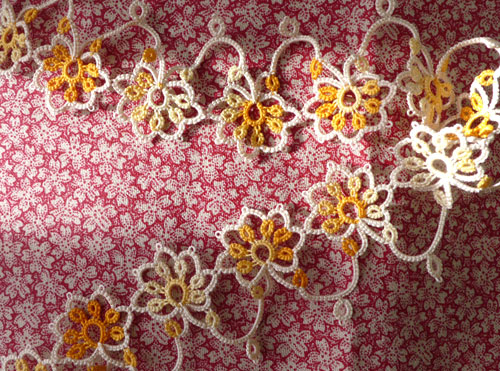